What is Mark degree?

What is the Mark Degree?

Are you ready to make your mark?

If you are a Master Mason, but not yet a member of the Mark Degree, you will already have some knowledge of King Solomon’s Temple. But have you considered how it was built and by whom and what of the problems that arose during its construction?

History of the Degree 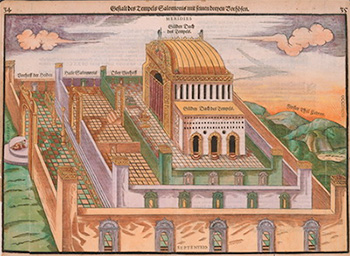 The working of the Degree can be traced back to the 1700’s, when the ceremony was included in a Craft ritual, which even today in Scotland and Ireland includes Royal Arch and Mark masonry in completing the credentials of Freemasons. Devonshire is acknowledged as the oldest Province in the order being the first to obtain its Warrant from Mark Grand Lodge in 1857. The first Provincial Grand Master appointed by Grand Lodge on 11 th December 1857 as The Reverend John Huyshe MA who was at the time the Deputy Provincial Grand Master of the Craft. The oldest recorded Mark Lodge in Devonshire is Friendship 16 TI, which in 2017 received a 200 year certificate from Mark Grand Lodge for its continued working. The order has continue to grow and today there are more than 1,500 Mark Lodges and over 60,000 Mark Master Masons worldwide.

The ceremony of the Degree is a simply story of operative Masons working in the construction of King Solomon’s Temple, and is a dramatic piece which never fails to impress candidates, who are “Advanced” into the Degree. Most rightly consider it to be an advancement of knowledge obtained during the Fellow-Craft Degree.

Why it is called the Mark Degree

Marks have been found on stones used in Ancient Egypt and elsewhere, including castles, churches and in the cathedrals of Europe built from 1100 onwards. Stained glass windows, carvings and manuscripts give us some idea of the methods of the mediaeval stone masons. Masons carved stones for ordinary building blocks, and also for decoration. It became customary for stone masons to place marks upon stones in the quarries. These Marks identified the work of a particular mason for the payment of wages, and signified that the stone was acceptable for use. Other marks indicated where a particular stone might be placed within the structure. Here are some examples of their Marks. 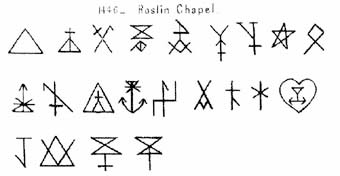 However from about 1640, men who were not stone masons began to join lodges. These men became known as free and accepted masons and the lodges became places of philosophical discussions, resulting in the term “Speculative Masons”.

The Mark Degree contains many messages for the discerning man and illustrates that the wisest of men can be mistaken, that the experts are often wrong, that the weakest can display greater perseverance than the strongest, that the insignificant has the potential for distinction and that we all have a part to play in the Building of Life. It is for each to put his own interpretation on the message which the Degree proclaims, but there is a firm statement that no man is beyond redemption, and the possibility of distinction is always within our grasp. 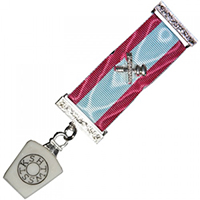 The ceremony of advancement to the degree of Mark Master Mason centres on the traditional practice of choosing and using a distinguishing mark to identify each craftsman’s work, so that he may be entitled to receive his wages. The themes of the degree include regularity, diligence and discipline. The second degree of Freemasonry encourages learning, and the Mark degree instructs how that learning can be most usefully and judiciously employed for our own honour and the benefit of our fellow man. While motives may sometimes be misinterpreted, attainments underrated and reputations traduced, the Mark degree demonstrates the merits of persistence in the face of adversity, and the conviction that truth will prevail.

The Mark degree is one of hope and encouragement. The ritual is built around a single verse from Psalm 118: “The stone which the builders refused is become the headstone of the corner”. It deals with the building of King Solomon’s Temple and the various Craftsmen employed, but the real message is the contemplation of human strength and weakness.

The regalia of the Mark Degree includes a special Masonic apron with dark red and blue trim and a breast jewel showing the keystone. Mark Lodges also have a special coin, known as a Mark penny, for the payment of wages.

On occasion a lecture is given using a tracing board, which contains symbols from which lessons can be drawn. The tracing board includes the method of decoding the Masonic cipher which was originally used to preserve the secrecy of minutes and also other writing in Freemasonry. The decoding clue is based upon the lines used in the game “nought and crosses”. Here is a simple example of encoding a message:

The governing body of the Degree is the Grand Lodge of Mark Master Masons, which has as its Grand Master, His Royal Highness M W Bro Prince Michael of Kent KCVO and has a similar structure to that of United Grand Lodge.

Progression within the Degree

The Ceremony of Advancement allows full entry to all Master Masons of four or more weeks standing, with access to the “ladder” leading to the Chair of Adoniram. There are more Offices in the progression than in Craft Masonry, but with only one Ceremony to learn, and that being of a less onerous nature than those of other Degrees, Brethren find the efforts more pleasant, and the results more readily achievable. This may be why the basis of the Degree has always been considered a “happy” one! Candidates never fail to say how agreeable they found the experience. Having completed the year as Master, Provincial Grand rank is usually awarded after a further three years, with Grand Rank available to the industrious.

Association with other Degrees

As can be reasonably expected, there is a ready intermixing of Brethren among Masonic Degrees. It would be too tedious to name them all, but the Mark Degree is honoured by the membership of the Craft Provincial Grand Master, The Grand Superintendent of Provincial Grand Chapter of Royal Arch, and many distinguished Brethren from other Degrees. A paradox is that the Brotherly status from one Degree is not carried forward to another, hence a Worshipful Brother in the craft enters the Mark Degree as a Brother, until becoming a Worshipful Master in that degree.

The position of the Order of Mark Master Masons among the Masonic appendant bodies in England and Wales.